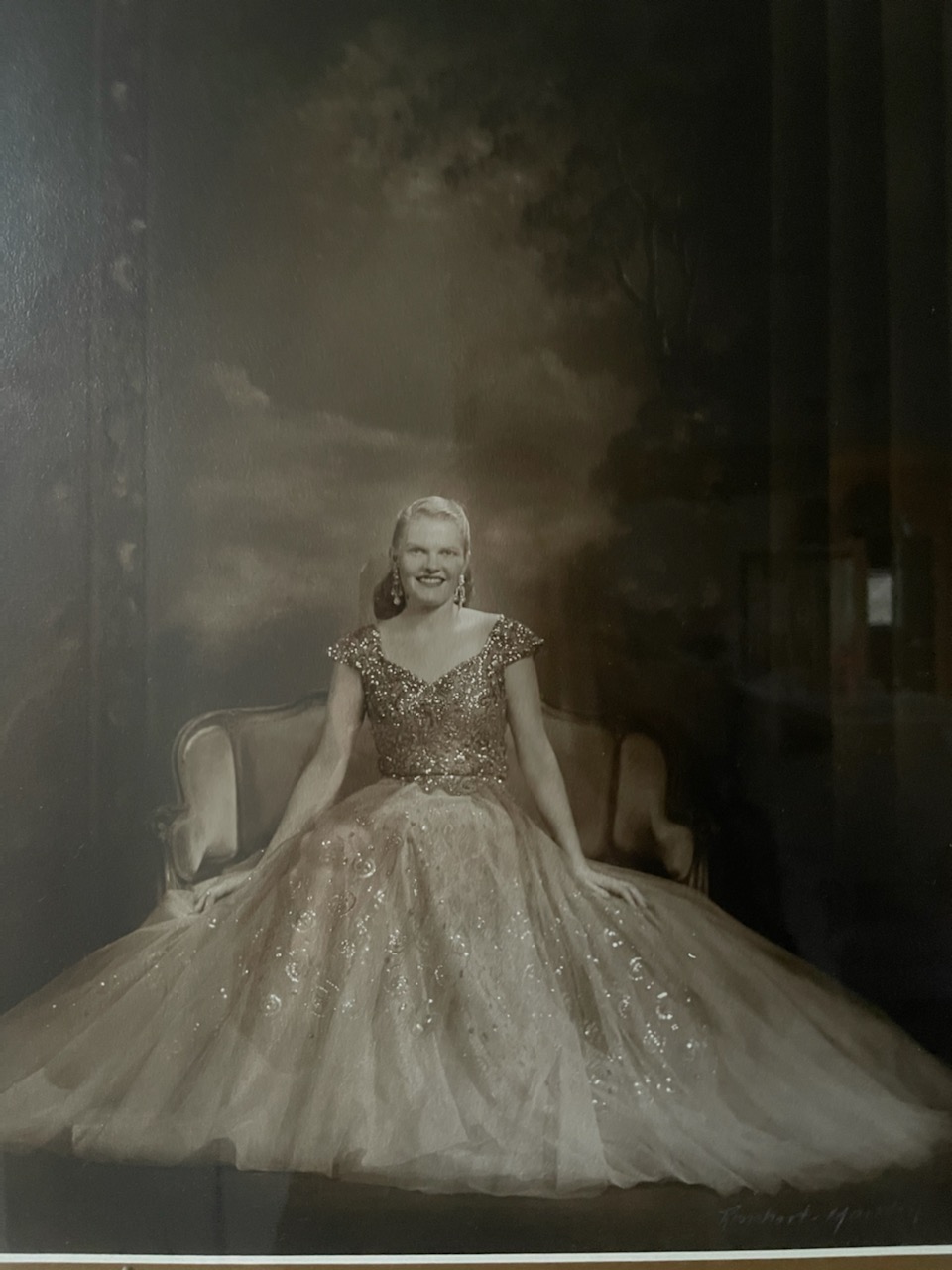 My mom at her core was a song and dance woman.  She would come up to me when I was young shuffling her feet to a song playing on the stereo but more often playing only in her head and she gracefully moved toward me as she would open her arms to dance with me.  It was better than a hug.  It had the same love as a mother’s embrace but more spirit in it because we were grooving.  She played the keyboards and sang a lot.   She maybe didn’t have the perfect singing voice, but it was a voice that was strong and you knew the source cared about the music.  I used to sit by her at the end of Mass and could hear her jewelry dangle and clank on the keys with her stylish garb and the familiar perfume in the air while she would do her post service jam on the organ.  Her body moving and the infectious energy of a music maker made me feel like she was a star.   This woman who made every meal for me and was always by my side was on her own for a little bit showing off in front of all the people we knew.  I still think that was the perfect spot for her.

My mom loved her kids.  All moms do.  She had 8 of them.  She had the ability of having a fully committed and deep relationship with each child.  She singled us out and each of us thought we were the only person in the world when she was with us.  She spent so much time with all of us. She knew our gifts well before we did, and she always reminded us that we had them. Her patience and tenderness are a model of love that I have too often missed but still aspire to.

My mom was a storyteller.  She had a big laugh that could be heard in every room in the house.  It was a combination of a big heart spilling out through a smoker’s throat and had a baritone chime that lingered like smoke from fireworks.   She was out of her way kind and dignified but she also could tell a joke that could stick you with a blue punchline that if it did not shock you then you were a bit surprised but then you knew this is going to be fun.  (Next time you and I chat…. ask me what her favorite joke is.  It’s about two brothers - Hanz and Franz.)

I mention these things first because defining anyone let alone one’s own mother through their relationship with money isn’t fair to them.  However, their experience with money and how they lived within it drives so much of the choices they made and the experiences they created in life.  My mother’s relationship with money was at best complicated and at worst unhealthy.  She grew up in a family with great wealth.  Her father was one of the most prominent attorneys in the United States at the time.  His story is an extraordinary example of the American Dream.  His high-powered law practice ended up in Chicago and that whole time he lived in rural Nebraska.  He took the train back and forth from Chicago every week for his commute.  I can only speculate on the details of all of that was going on during that time, but my mother had access to a lot of expensive things.  She traveled in limousines while visiting in Chicago and New York.  She shopped for clothes at the most prominent department stores of the day.  It is remarkable when I step back from it and think about it.  It was just normal for her.  She loved her father deeply and he was an incredible man filled with charisma and intelligence.  Their connection through nice things was a gesture of love at its core but love displayed through purchases is a tricky connection when the things you purchase necessarily start to go away.  Does the love we need still get met?

My mom’s married life to my father was in many ways wonderful.  My father was not as financially successful as my grandfather and my mom could never fully calibrate her spending to the reality she was in.  Living outside of one’s own means can be an easy trap to fall into.  However, when that happens the ups and downs become frequent.  It becomes a balancing act of euphoria and fear and to stop the fear you look for another fleeting feeling of euphoria.  Taking the shopping trip where one gets a great outfit “on sale” and cannot wait to wear it to then seeing an overdraft statement in the mail created an underlying stress in my parent’s lives that wore my mother down as their money decreased.

My mom gave a lot to a lot of people.  Her family of origin had many demons and she suffered greatly within them.  The rigor of that wounded family and the “money mistakes” came to an apex in her 60s.  Calibrating to that stark reality at that time in her life may have been too much.  I am sure she would have figured it out.  It was not to be - she died at age 62.

My mom’s love and stories were often best shared over the phone.  She would talk to her friends and her children in some full or partial roster nearly every day.  There was always a story of emphasis where love and laughter came out like a song.  I was the youngest so I was at home when others weren’t, and I would hear the story repeated several times.  I always noticed she kept key lines and certain key words of emphasis, but the tales were always twisted just a little bit differently based on who was on the other end.  She had a habit of ending every phone call the same way, “I love you hun, here’s a kiss”.  Nancy Berigan offers me one of my lessons on money, but she is way more than that - both perfect and flawed.  My mom’s life is still close.  I am grateful.

Here is a little song about a son’s relationship with his mom.  I relate to it.  It’s a good tune.  All my best until next time.

We use cookies to help give you the best experience on our site. If you're okay with that, keep browsing.